THE MANSION by Ezekiel Boone 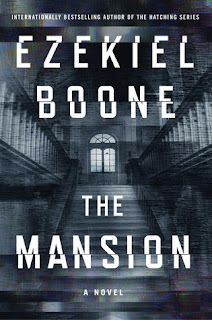 This is a first read for me of Ezekiel Boone’s work! For me the story kept me interested, which is one good thing about this book! It started off slow, with a lot of background on the characters involved, their prior lives at college, during college and at the shack after college! You learn what happened between Billy and Shawn.

About half way thru the book you learn about Nellie! And it’s near the end of the book that any action takes place! This is where you read about the violent past of the mansion, Nellie as an almost AI taking over the house and the violence that she requires in order for Emily’s family to survive! In the author’s own words we learn that Eagle Mansion is”infected by the blood madness of the Eagle Family”! Good characters, good story about the future technology problems that may arise, alittle short on action and horror! That’s my opinion ... 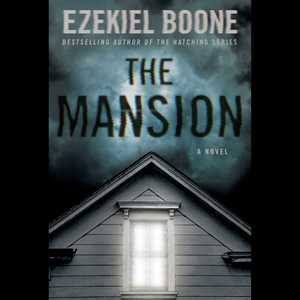 After two years of living on cheap beer and little else in a bitterly cold tiny cabin outside an abandoned, crumbling mansion, young programmers Shawn Eagle and Billy Stafford have created something that could make them rich: a revolutionary computer they name Eagle Logic.But the hard work and escalating tension have not been kind to their once solid friendship—Shawn’s girlfriend Emily has left him for Billy, and a third partner has disappeared under mysterious circumstances. While Billy walks away with Emily, Shawn takes Eagle Logic, which he uses to build a multi-billion-dollar company that eventually outshines Apple, Google, and Microsoft combined.Years later, Billy is a failure, beset by poverty and addiction, and Shawn is the most famous man in the world. Unable to let the past be forgotten, Shawn decides to resurrect his and Billy’s biggest failure: a next-generation computer program named Nellie that can control a house’s every function. He decides to set it up in the abandoned mansion they worked near all those years ago. But something about Nellie isn’t right—and the reconstruction of the mansion is plagued by accidental deaths. Shawn is forced to bring Billy back, despite their longstanding mutual hatred, to discover and destroy the evil that lurks in the source code. 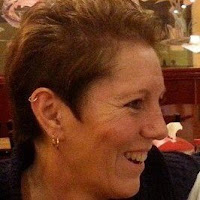 Reviewed by Valerie DorseyReceived a BS degree in Marketing from Indiana University 1982. Have worked in the retail business for the last 19yrs. Raised 4 children, 3 have graduated college. I love animals and reading. Reading has become as much a part of my life as eating! If it’s not done a couple times a day, I feel starved!
Posted by Cedar Hollow Horror Reviews at 5:21 PM