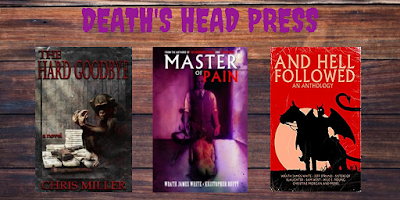 Let's give a warm welcome to Death's Head Press. A new press dropping some amazing titles in 2019. Just look at hose covers! I can't wait to get my hands on these books, especially MASTER OF PAIN. If these three titles are any indicator, then you can expect more great titles from DHP in 2019. 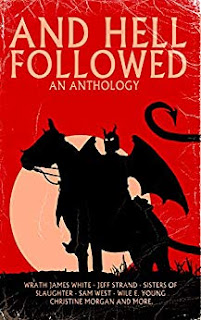 Seventeen authors re-imagine the biblical apocalypse and all the hell that follows sixteen horrifying tales. What if the prophecies of Revelation hit today? What sort of craziness and evil would ensue? With this list of excellent authors contributing, it’s sure to be a Hell of a read! 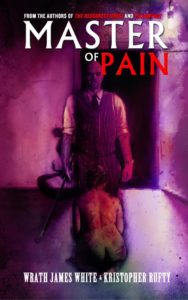 Check out the cover for DHP's upcoming release MASTER OF PAIN, a sexy and violent collaboration between Wrath James White and Kristopher Rufty. Artwork by the talented Erik Wilson. 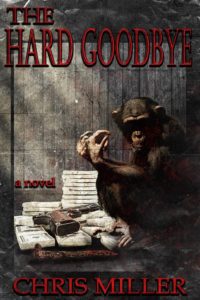 As the old axiom goes, if something seems too good to be true, it probably is.

John Savage realized that too late.

Following the biggest job of their lives, John and his small crew think they've got it made. But a lawyer, a junkie, a crooked cop, Savage and his girlfriend have unknowingly opened Pandora's Box. And they won't know it until it's too late. As the brutally tortured bodies of their partners come to light, tensions rise all the way to the screaming, chaotic conclusion of this bloody crime thriller.

High risk brings high reward, but the safe bet is usually the smartest. Stick to the plan, or get ready for the hard goodbye.