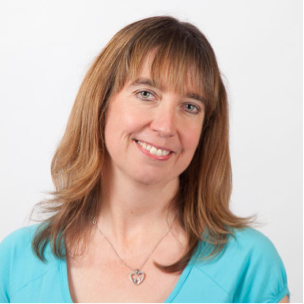 Sara Jayne Townsend is a UK-based writer of horror and crime, and generally writes stories in which someone dies a horrible death. Her latest novel, OUTPOST H311, is now available in Kindle and paperback format.
CHHR: When did you realize you wanted to be a writer?
I was ten years old when I decided I was going to be a published writer. I already was a writer. Even before I knew how to write I was making up stories. As a child I always had an array of dolls and toys and they all had names, family histories and personalities. Each night and I would pick one and make up a story about them to tell myself before going to sleep.
CHHR: What does your writing schedule look like?
I have to fit in round the day job and it can be demanding. I don’t get much writing done after work; I’m too tired by then and easily distracted. So instead I get up at 5:30am, get the early train in to London and write in a coffee shop around the corner from the office before going into work. 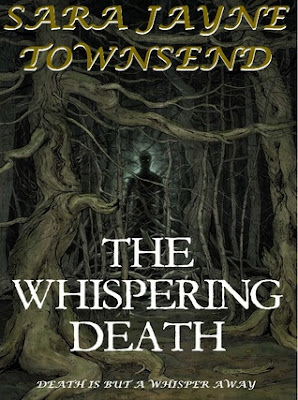 CHHR: Do you have any interesting writing rituals? If so, what are they?
When I was writing stories as a teenager, back in the 1980s, I used to write in the back of school exercise books. Then in 1988 I got my first computer, an Amstrad PCW. That machine didn’t have a hard drive – it used floppy disks. They didn’t have a lot of memory and if I was writing a novel it would take up four or five disks. So I got used to saving my work in separate chapters.
Even though hard drives have been around for a long time now I still write the early draft of each novel in chapters, with each chapter a separate file inside a folder called ‘Draft 1’ of whatever the novel is called. I like working this way because it makes it easier to cut or move chapters in the early drafts – I just have to rename them if I want them to go somewhere else. It’s only when I get to the near-final draft that I put all of the chapters into one long document. That always feels like a momentous occasion – it means the novel is nearly finished.
CHHR: Do you like writing short stories or novels?
As a child I read books and didn’t like the fact that people in books never had breakfast or went to the bathroom or did things that real people did. So in those days I put all that stuff in my stories and they ended up being novel-length, and very boring. In my teens and twenties I wrote a lot of short stories, mostly because I was learning the craft of brevity in writing. I started to understand that as a novel is like a film, a short story is a snapshot – a brief moment in time, where it’s not necessary to know the life history of your characters. In the last twenty years, though, I haven’t written many short stories. I seem to have a natural inclination to be a novel writer.
CHHR: How is the horror scene where you live?
I live in a suburb of Surrey, and there’s not much horror around here. I remember going along to a writing group meeting many, many, many years ago – I was in my early twenties, and I went along with a much older lady who was part of the amateur dramatic group I belonged to at the time.
It was my first experience of a writing group. Everyone there was much older than me, by about thirty years, and seemed to be writers of romance, literary fiction and radio plays. They were all quite friendly until they asked me what I wrote. When I replied ‘horror’, I could feel the atmosphere change in the room. ‘We’ve never had one of THOSE before’, someone eventually said. Needless to say, I never went back.
Fortunately the internet now makes the world a lot smaller, and it’s easier to reach out to other horror writers online. 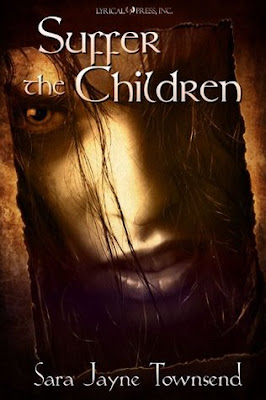 CHHR: Do you use outlines or do you go with the flow?
I always plot. In the early days I used to just go with the flow, but I ended up with too many unfinished novels because I got stuck halfway through.
Now, before I start writing I write an outline, and a three-page plot synopsis. From there I break it down into a chapter-by-chapter outline. Only then do I start with chapter 1. Sometimes the book takes a different turn than what I envisaged, but as long as I start the journey knowing where I want to end up, I will get there in the end. I've never had writers' block since I started this method.
CHHR: How did publishing your first book or short story change your writing process?
The first published novel, SUFFER THE CHILDREN, took ten years to write. That was the book that first got me started on the outline method described in the previous question. I realised that if you want to build a readership you can't make them wait so many years between novels, and nowadays I'm a lot more disciplined about my writing time.

CHHR: What do you think makes a good horror story?
A good horror story stays with you. It gets under your skin and leaves you thinking about it even when you’ve finished the story.
CHHR: What are you currently working on?
I’m plotting a sequel to OUTPOST H311, but I can’t really say much about that because it will contain spoilers to the first book!
CHHR: What is in your TBR pile?
I love going to conventions and pick up a lot of free books there. I have a towering pile of books from promising writers I don’t know, but that I want to read. I start to make inroads into the pile, and then I go to another convention and pick up more books, so the pile never gets any smaller.
And that’s before we get into all the unread books on my Kindle. I’m addicted to browsing the Kindle store for 99p deals. I buy far more books than I will ever read.
CHHR: What is the last book that scared you?
It takes a lot for a book to scare me. The last one I read that got under my skin was BEHIND HER EYES by Sarah Pinborough. It’s not really a horror novel; more a psychological thriller with a supernatural twist. But the ending just made me do a double-take. I was thinking about that one for a long time after finishing it.
CHHR: What is your favorite horror book?
Probably IT, by Stephen King. I first read it when I was 14 and I was hooked on horror by the time I finished it. The concept of a Big Bad that can appear in whatever form scares you the most really creeped me out. 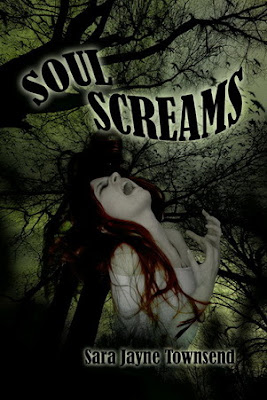 CHHR: What is your favorite horror film?
I think the all-time favourite is The Haunting of Hill House – the 1963 original, not the terrible remake in the 1990s. It’s black and white, stark and really quite simple – there is no gore. But there’s a scene where the two women are in the bedroom listening to the terrible racket in the corridor, and something bowing the door trying to get in. When the noise stops and the door is opened there’s nothing out there. Somehow never finding out what was making all that noise is far scarier than facing down some Big Bad.
It’s hard to find films these days that do the scare effectively. Most go for the gross-out. Which can be fine, but being grossed out is not the same as being creeped out.

CHHR: What type of music do you listen to? What’s your favorite album?
I’m into 1980s pop in a big way, since that was the era I grew up in. But I also listen to a lot of country, which is probably my dad’s influence since when I was growing up that’s all he listened to.
My favourite album at the moment is ‘From Where We Stand’, which is the first album from Ward Thomas, a pair of twin sisters from North London who are young up and coming country stars. I don’t know if it’s because they are twins, but their harmonies are amazing.
CHHR: What is your spirit animal?
The cat. They’re independent-minded and aloof, but really know how to wrap you round their finger when they want affection. I admire that in an animal.
CHHR: What is your favorite beer?
I’m not really a beer drinker. But I like wine. My favourite wine is Cloudy Bay, a New Zealand white.
CHHR: If you could have a beer with one author, who would it be?
Stephen King. But I’d probably turn into a burbling fan girl and embarrass myself. 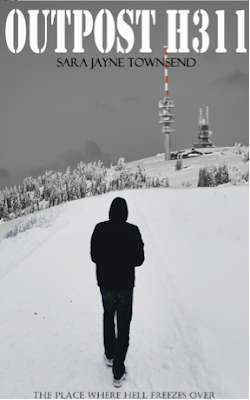 Author Bio:
Sara Jayne Townsend was born in 1969 in the North of England, and spent most of the 1980s living in Canada when her family emigrated there. She now lives in Surrey with two cats and her guitarist husband Chris.
She is author of several horror novels, and a series of mysteries featuring contemporary actress and amateur sleuth Shara Summers.
Posted by Cedar Hollow Horror Reviews at 8:33 AM