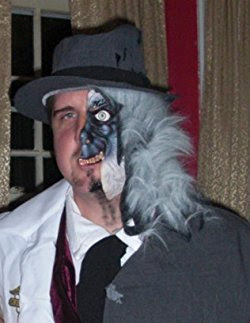 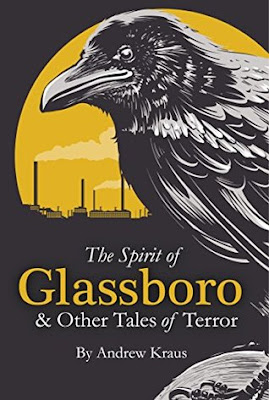 Author Bio:
Andrew Kraus is a novelist with a penchant for the more melancholy side of life. His fascination with the supernatural, otherworldly and ethereal began in early childhood. When other children were watching cartoons, he was studying horror films. As a young man, when others were riding roller coasters, he was heading to haunted attractions for decorating tips. And now, as an adult, when searching for a home, his preference is for something haunted.
Andrew currently resides in a turn of the century Victorian
style farm house in southern New Jersey with his husband, their son, three dogs, and at minimum four spirits. Andrew finds that his home and the spirits
within give him inspiration to put pen to paper and share the stories of terror, tragedy, and misery that flow from his cranium. When he isn’t writing, he and his family love to travel the globe in search of the macabre.
Andrew can be followed on Twitter @AndyK1005 and his blog is available on Goodreads.com.
The Spirit of Glassboro & Other Tales of Terror is available for purchase on Amazon.com, Goodreads, Barnes&Noble.com, iBooks, BookBub, and StoryTellerInstitute.com.

Posted by Cedar Hollow Horror Reviews at 9:48 AM