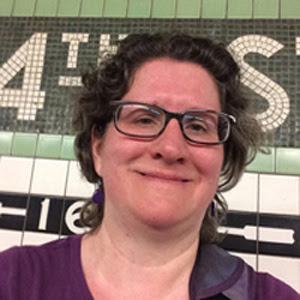 CHHR: Please give a brief introduction here.
For over 20 years, I’ve been a published Author of Horror and Crime Fiction.  I live in Brooklyn and travel to Manhattan several times a week.  A lot of my stories take place in various Manhattan neighborhoods. “Apple of My Eye” takes place in the once seedy Alphabet City, where every avenue tells a tale: A is for Alert, B is for Beware, C is for Caution, D is for Death.  “Cold Comfort” is set in Central Park and “Prevention” offers a glimpse at the dark underbelly of Hell’s Kitchen.
“Blanket of White” evolved ten years ago, when I saw a real life story on the news about a little girl who had a terminal illness and the compassionate way her father chose to end her suffering. The little girl in my story, Suzy is very remarkable despite her illness. This tale has a profound effect on readers who have children.
CHHR: When did you realize you wanted to be a writer?
I grew up reading Stephen King’s novels—I got hooked at the age of 13—and started writing seriously in high school.  I studied English/Creative Writing at Ithaca College in Update New York.  I started selling my stories to small press magazines while I was still in school—14850 Magazine was my first.
When I first started writing, rejections didn’t discourage me, especially since I started getting personal responses from Editors early on; their encouragement motivated me find my unique voice and hone my craft, creating complex characters capable of anything.
CHHR: What does your writing schedule look like?
My writing schedule varies drastically—I’m a full-time Freelance Digital Content Strategist with 12 clients who keep me extremely busy and also pay my bills, so there are times when client work really eats into my writing time…I always carry a little red notebook with me, so I can jot down story ideas. I also set aside a couple of nights during the week and one day during the weekend to write.
CHHR: Do you have any interesting writing rituals? If so, what are they?
I actually have a few…I always listen to music while I’m writing—it helps me get into the Zone, that magical place where reality ceases to exist, at least for a little while! I start any given writing session looking at my previous work on my current project. When I wrap up, I always try to stop in the middle of a scene—that makes it easier to dive right in next time and get the creative juices flowing. 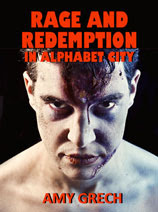 CHHR: Do you like writing short stories or novels?
I started out writing short stories and over the past few years have had three novellas published. I did write one novel, The Art of Deception, for my senior writing project at Ithaca College. I personally found the process daunting. Novellas are the optimal format—I can create intriguing characters and interconnected storylines that keep readers guessing ‘til the very end…
CHHR: How is the horror scene where you live?
NYC has a vibrant horror scene! The New York Chapter of the Horror Writers Association has a very active chapter—we meet once a month, host readings throughout NYC, have booths at the Brooklyn Book Festival and NY Comic Con. In addition, we will be releasing an anthology, A New York State of Fright, published by Hippocampus Press.
CHHR: Do you use outlines or do you go with the flow?
I usually go with the flow, though for my novellas I decided to use notes—about six pages work—that’s extremely helpful!
CHHR: How did publishing your first book or short story change your writing process?
My first short story was published in a local magazine in Ithaca, NY while I was still in college. I was over the moon, though payment was in the form of contributor copies. My boyfriend at the time remarked that I wasn’t  a writer until I got paid for my work. After that, I only submitted my fiction to paying publications; lesson learned…
CHHR: What do you think makes a good horror story?
A good horror resonates with the reader, getting under his/her skin to linger long after he/she turns the last page.
CHHR: What are you currently working on?
I’m currently putting the finishing touches on a novella set in Brooklyn, NY entitled “Vicious Pink” that required lots of research on conceal and carry handguns, gun permits, bullets, gun ranges, etc., and clocks in at just over 10,000 words. I hope to find a home for it soon… 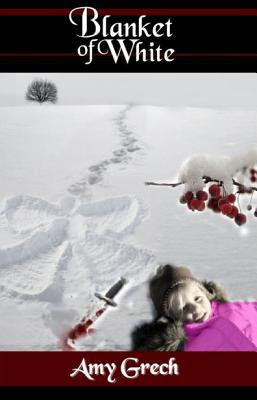 Author Bio:
Amy Grech has sold over 100 stories to various anthologies and magazines including: A New York State of Fright, Apex Magazine, Beat to a Pulp: Hardboiled, Dead Harvest, Deadman's Tome Campfire Tales Book Two, Expiration Date, Fright Mare, Needle Magazine, Real American Horror, Shrieks and Shivers from the Horror Zine, Space and Time Magazine, Tales from The Lake Vol. 3, and many others. New Pulp Press published her book of noir stories, Rage and Redemption in Alphabet City.
She is an Active Member of the Horror Writers Association and the International Thriller Writers who lives in Brooklyn. Visit her website: https://www.crimsonscreams.com/. Follow Amy on Twitter: https://twitter.com/amy_grech.

Posted by Cedar Hollow Horror Reviews at 11:40 AM