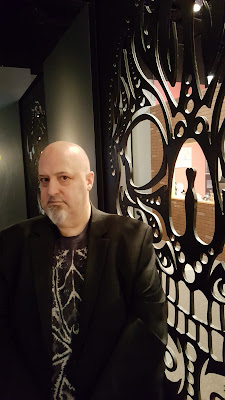 CHHR: Please give a brief introduction here.
Hi Curtis.  Thanks for having me here.  I've been writing for 25+ years now, and things are finally starting to click.  I'm a looong, slow burner.  Glad I hung in there.  Ummm, let's see.  I'm a Sagittarius, into cooking, gardening, whisky, movies, music, astronomy.  I have one wife, three grown kids, three pugs and two cats. I'm ridiculously happy, and I attribute most of that to my wife, Deb.
CHHR: When did you realize you wanted to be a writer?
Sometime in high school, when I realized that all my many, many years of reading had prepared me for it.  I think that's the initial impetus.  To be a writer, you really have to have a love of reading, a love of words.  Mine originally took the form of more journalistic writing, as I realized that I'd have to make a living somehow.  So, my initial career path took me into marketing and trade magazines.
CHHR: What does your writing schedule look like?
I am not a morning person, never have been.  I need time to wake up and get the processes going.  So, I rise, take my three pugs out, then come back in, listen to some news on my Alexa (usually The Daily and NPR) while I make coffee.  My wife, Deb, is a morning person, so by the time I get up, she's already hard at work.  She's the breadwinner and we both work out of the house, but on completely different schedules.
After coffee and news, the pugs and I retire down to my office, where there's a couch just for them.  I take care of general stuff for the morning, answer emails that sort of thing.  Then lunch, then back down to the office, then dinner, then usually back down to the office later in the evening.  That's when I usually get most of my writing done.  Afternoon is spent editing what I wrote the previous day.  Late evening is for actual writing. 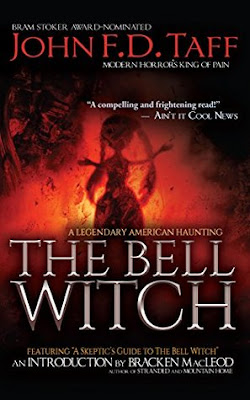 CHHR: Do you have any interesting writing rituals? If so, what are they?
Not really anything terribly interesting.  Just listen to music and write.  Pretty straightforward, I guess.
CHHR: Do you like writing short stories or novels?
Short stories and novellas are my favorites.  Novels are great because they allow you to paint on a much larger canvas, but they're also more of a chore. Short stories and novellas?  You get in, tell your story, get out.  It's a bit more immediately gratifying.
CHHR: How is the horror scene where you live?
Pretty nonexistent.  I live in a small college community in rural southern Illinois, and there's not much of a horror community.  There's really not much of anything, and that's okay by me.  I'd rather see the stars at night.  But we live close enough to St. Louis—where I'm from—to get there when we want to.
CHHR: Do you use outlines or do you go with the flow?
I'm a betweener, I guess.  I used to outline fairly extensively.  These days, though, I take extravagant notes, but don't really outline beyond some simple "this needs to happen here" kind of stage directions. But don't take what I do as any indication of what you should do as a writer.  I figure whatever works best for you is the way to go. 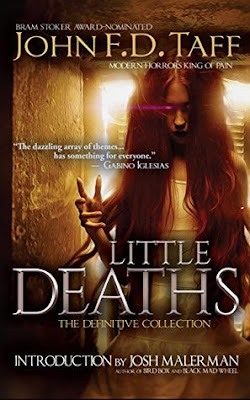 CHHR: How did publishing your first book or short story change your writing process?
I sold my first story back in 1991, and while it didn't change my process it gave me more of an impetus to write.  After that, I knew that the stuff I wrote didn't need to just reside in my computer.  It could go off into the world and make me literally tens of dollars.  Seriously, though, it made me think that the writing wasn't just for me.
CHHR: What do you think makes a good horror story?
What makes a good horror story is an actual, functioning story where something happens.  I'm not a fan of some of today's post-modern writing that tends to focus on character to the loss of story.  What's the point?  A story should tell a story, not be a character sketch.  I consider myself a story teller, which means, by definition, I have to tell a story—with a beginning, a middle and an end.  With interesting characters, with realistic dialog, with some kind of conflict and some kind of resolution.  Call me old fashioned, but play with the pieces all you want, they've all got to be there in some form, as far as I'm concerned.  So, to have a good horror story, you've got to first have a good story.
To have a good horror story, there has to be something that raises that emotion.  Something uncomfortable, uncanny or not.  Something that causes dread in the unfolding of the tale, that makes the reader literally feel some anxiety in reading it.  The good thing about the horror genre is that it is incredibly generous in how an author can arrive there—supernatural or real-world, person, place or thing, gratuitous or subtle, gore or not, it doesn’t generally matter.  It's all in how deftly the writer tells the story.
CHHR: What are you currently working on?
A lot.  Trying to get my next novel, He Left, done by end of July. Also rounding the corner on my story for the follow up to I Can Taste the Blood, titled I Can Hear the Shadows, with Erik T. Johnson, J. Daniel Stone, Joe Schwartz and Josh Malerman. I've got a story in an anthology coming out next year that I can't quite talk about yet.  I'm collaborating on a project with Brian Kirk, a couple of secret things with Josh Malerman.
I've got a new collection of short stories coming out in late summer from Grey Matter Press, Little Black Spots.  And there should be an announcement soon from them concerning something else from me pretty big. 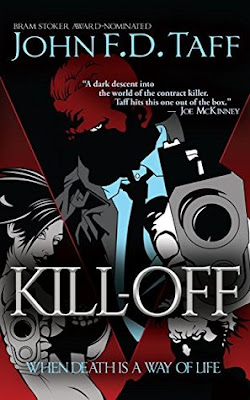 CHHR: What is in your TBR pile?
Oh, god.  It's teetering on my nightstand at this moment.  Let me see…still haven't gotten to Sleeping Beauties or Stephen R. Donaldson's Seventh Decimate.  I just finished Josh Malerman's brilliant Unbury Carol. Ummm…I'm about four stories into Priya Sharma's beautifully awesome All the Fabulous Beasts. I'm starting on Alan Baxter's upcoming novella Manifest Recall, which I'm really looking forward to.  And I have about a bazillion books on my Kindle that need to be read.
CHHR: What is the last book that scared you?
Hmmm…I tend to be more freaked out about real-world stuff rather than supernatural stuff.  I got majorly worked up about The Hot Zone by Richard Preston.  It's the story of the origins of the Ebola virus, and the first chapter is absolutely harrowing. And it doesn't get any better the more you read.  I've been debating the purchase of I'll Be Gone in the Dark by Michelle McNamara, the book about the Golden State Killer.  But I dunno… I watched a 48 Hours special on it, and it thoroughly freaked me out.  Seems strange, as I've thought about it, that what I do is try to scare people, and here I am not wanting to get a book that will probably scare the bejesus out of me.  Well…you've helped clarify that.  Now I've got to get it. 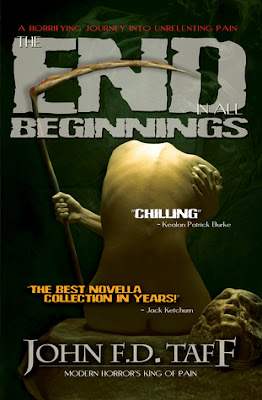 CHHR: What is your favorite horror book?
I don't know about favorites, but I can tell you the horror books I go back to most often.  They'd be, in no particular order, Night Shift, The Books of Blood and Straub's The Throat.  All for different reasons, but all seem to punch the buttons with me.
CHHR: What is your favorite horror film?
An American Werewolf in London.  It's scary, horrific, touching and funny.  Hard to pull all those off in a horror film, but they managed it.  I also love the old Universal monster flicks and the Hammer horror films with Lee and Cushing. 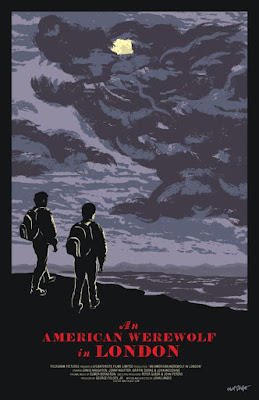 CHHR: What type of music do you listen to? What’s your favorite album?
When I write, it's mostly soundtracks and symphonic music.  No lyrics!
Otherwise, I try to keep an open mind with music.  I try not to get set in my ways.  But I am.  I am a creature of my younger years.  I really like The Alan Parsons Project, Tom Petty, Don Henley, Oingo Boingo, The Police, Duran Duran, Hall & Oates, Guster & INXS.
Favorite album?  Ugh…trite, but let's say Pink Floyd's Dark Side of the Moon. Oh, and about a hundred others.
CHHR: What is your spirit animal?
Hah, most probably something asleep.  Like a pug. 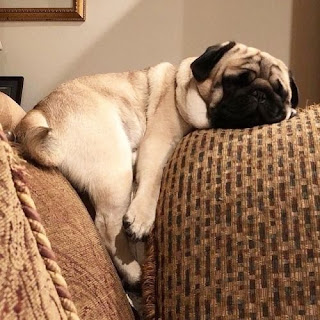 CHHR: What is your favorite beer?
I'm a fairly inconstant beer drinker.  I prefer hard cider—Strongbow or Woodchuck, the less sweet the better.  And whiskey, mostly straightforward bourbon, but I'm amassing a whiskey collection at the moment—Bulleit, Jack Daniels, Suntory Toki, Knob Creek, the Sexton, even Writer's Tears.  Yum.
CHHR: If you could have a beer with one author, who would it be?
Mr. Peter Straub, NYC, NY.  Always.
My blog is at http://johnfdtaff.com
Follow me on Twitter @johnfdtaff
Or on Instagram at johnf.d.taff
Amazon Author page: https://www.amazon.com/John-F.D.-Taff/e/B005C6BZMY/ref=sr_tc_2_0?qid=1525187830&sr=8-2-ent
Posted by Cedar Hollow Horror Reviews at 2:16 PM