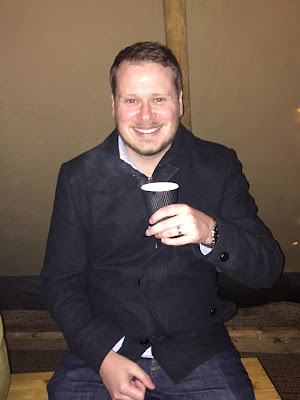 When did you realize you wanted to be a writer?
I don’t remember the exact age, but I was quite young. I remember getting excited in Primary School (UK version of Elementary School) when we were given free rein to come up with stories to write. Mine always tended to be on the darker side. That feeling has stayed with me, and I’ve been writing stories ever since. But my problem, until recently, was always finishing what I started.
What does your writing schedule look like?
If I wrote full time, it would be different, but as I have a day job (as well as a busy home life), I tend to go through two cycles. The first cycle is the actual writing, and that starts with the ideas stage, where I get the plot and characters nailed down. Then I get the story fully outlined before writing the first draft, quickly followed by a second. When I’m writing these drafts I usually get up early, about 5am, to get the writing done. After the second draft is finished, I send the manuscript off to my editor for a thorough edit. I then make the changes based on his feedback and get it back out to him again, fitting the writing in whenever I can. Then I make final pass, taking onboard any last comments, before putting the book together and releasing it. However, after that, I switch to a different cycle, and into a kind of ‘marketing mode’ to launch the book. This will usually take a month or two to finish up, then the marketing side takes a back seat and I start the ideas stage again for the next book. So far, it has been a rinse-and-repeat of this process for my first three books, and I’m now putting together the outline for my fourth.
Do you have any interesting writing rituals? If so, what are they?
During the first few drafts, I tend to get up early to write, as I’ve said, and I’ve also started using Pintrest to pull together image boards, to help get an early feel for a story. But other than that, I don’t have any rituals to speak of. However, I do like a good whiskey, so I think I may start celebrating finishing a book with a nice, big glass! 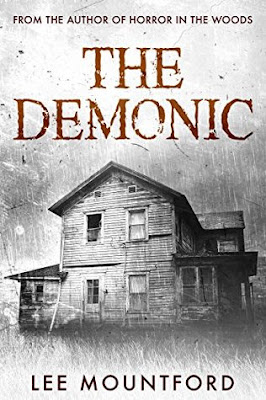 Do you like writing short stories or novels?
At the moment, definitely novels. I’ve written a lot of short stories in the past, and will no doubt dip back into them, but currently, I’m very much in the mindset of writing creating longer works.
How is the horror scene where you live?
Quiet, to be honest. I know a few people who like their horror, but I wouldn’t say there is a big scene in the town I live in. However, I don’t live too far away from a gorgeously gothic fishing town called Whitby. Horror readers will know it from Bram Stokers Dracula, and it’s one of my favourite places to go. For me, it exudes horror, with its winding streets and narrow alleyways. I’ll definitely set a story there in one of my future books.
Do you use outlines or do you go with the flow?
Outlines, no question. I’d love to be able to just sit down to write and have the story flow out of me, but the truth is, when I try that, the story always meanders and then fails completely. I envy people who can write by the seat of their pants, but unfortunately that just isn’t me. I do look at the outlining process as a kind of ‘flow-stage’, as it’s where I can throw ideas together to see what sticks and what works.
How did publishing your first book or short story change your writing process?
This ties into my last answer, as the key thing was the introduction of outlining. Before that, I had countless novels just sitting on my computer, unfinished. I think I only managed to finished two, maximum, and even then they were only first drafts. So when I introduced outlining and plotting, I found I was able to work through the whole process much easier, to the point where I’ve now put out three books in a year. That isn’t prolific by a lot of people’s standards, but for me, who struggled to finish anything I started, it was a bit of a revelation. 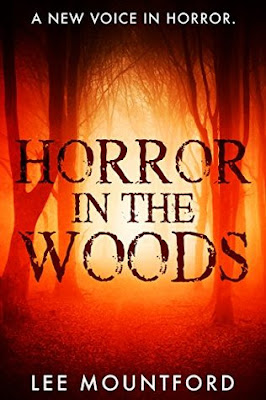 What do you think makes a good horror story?
Great characters going through hell. That does it for me. The more we can get behind and relate to a character, the more we feel it when the shit really hits the fan for them. I think the other stuff – suspense, raising tension, gore, violence – is the sugar on top that helps to make the story sing.
What are you currently working on?
My fourth novel is about a reporter who gets a phone call from her estranged brother. He is in trouble, blamed for a murder that he swears he didn’t commit and needs her help. He is in a small coastal town, and she heads over to help how she can, but upon arrival can’t find him or get in touch with him. In the town, news of a violent murder breaks, which is compounded by the fact that recently a small boy was reported missing. The protagonist knows her brother isn’t the one behind any of this, he isn't capable, but she can’t find him to help him. Things keep ramping up, and she realises that the town is not normal - some of the people there seem decidedly… off. And then she starts to witness things that she just can’t explain.
It will be a supernatural horror, with ghosts and insidious things lurking in the dark. The setting is based on a place I visited recently called Staithes, an oldy-worldy coastal town in the North East of England. It was originally a smuggling town for sailors and has a great feel to it - similar to Whitby but on a smaller scale.
What is in your TBR pile?
16 Frames of the Devils Face by Amy Cross is lined up next on my Kindle, as well as The Final Winter by Iain Rob Wright. I also read thriller and sci-fi, and have a sci-Fi collection by Alastair Reynolds to get started on as well.
What is the last book that scared you?
Actually, the book I’m reading at the minute managed to creep me out. It’s The House of Long Shadows by Ambrose Ibsen, and I’m about halfway through. There have been quite a few scenes that made the hairs on the back of my neck stand on end.
What is your favorite horror book?
I’m going to struggle with this, as I don’t think I have an absolute favourite - it can all depend on my mood when I’m asked. I love Red Dragon and Silence of the Lambs by Thomas Harris, as well as Books of Blood by Clive Barker. There is an out-of-print zombie novel called Zombie! Zombie! that is about a group of young teenagers in the UK surviving the zombie apocalypse. It’s messed up, but I must have re-read that book about seven times, as I love the characters. I also have the complete Lovecraft collection, and often re-read my favourites stories from that from time to time as well.
What is your favorite horror film?
Another tough one, as I don’t know that I have a single, top film. One I will mention, however, is the piece of film that has scared me most in my life. In 1992, on Halloween, the BBC broadcast what was said to be a live special - an investigation of a haunted house. I was about eleven years old at the time and watched it at my Grandmother’s house. It was called Ghostwatch, and it scared the shit out of me! No other film has come close to the level of fear that Ghostwatch instilled in me, and I struggled to sleep for a few days afterwards – it was all I could think of. Of course, it wasn’t a real investigation, which is obvious on subsequent viewings, but even so, that TV special has stuck with me. Eventually, it was released on DVD (without much fanfare, as I think the BBC are embarrassed by it due to the huge controversy it caused) and I snapped it up. Even after all these years, it still has the power to get under my skin, despite not really ageing all that well. I can heartily recommend it to horror fans who enjoy the supernatural – and keep an eye out to see how many times you spot Mr Pipes. He’s there… always watching. 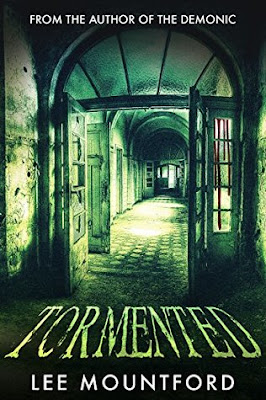 What is your spirit animal?
I’d love to answer this by saying something cool like a tiger, or a shark, but if I’m being completely honest, then it’s probably a sloth – I do like a lazy day!
What is your favorite beer?
A nice pint of Peroni or Morretti always goes down well. But I also like trying different ales, and quite like Black Sheep and Gentleman Jack. A nice whisky tops a beer for me, though.
If you could have a beer with one author, who would it be?
Lovecraft would have been an interesting one, as his work has really inspired my own writing, especially the way he connected his mythos. However, I’m not sure how well the conversation would flow, as he definitely had a view of the world that doesn’t mesh with my own. But I’d also say Clive Barker, as I’m a big fan of his work. An obvious answer is Stephen King, so I was going to stay away from that, but fuck it, he’s the obvious answer for a reason, so I’d love to have a coffee with him.
Author Bio:
Lee Mountford is a horror author from the North-East of England. His first book, Horror in the Woods, was published in May 2017 to fantastic reviews, and his follow-up book, The Demonic, achieved Best Seller status in both Occult Horror and British Horror categories on Amazon.He is a lifelong horror fan, much to the dismay of his amazing wife, Michelle, and his work is available in ebook, print and audiobook formats.In August 2017 he and his wife welcomed their beautiful daughter, Ella, into the world. Michelle is hoping she doesn’t inherit her father’s love of horror, but Lee has other ideas…
Website: www.leemountford.com
Facebook: https://www.facebook.com/LeeMountfordAuthor/
Books:
Horror in the Woods: https://www.amazon.com/Horror-Woods-Lee-Mountford-ebook/dp/B07192GLMG/ref=asap_bc?ie=UTF8
The Demonic: https://www.amazon.com/Demonic-Supernatural-Horror-Novel-ebook/dp/B0742JVPGC/ref=asap_bc?ie=UTF8
Tormented: https://www.amazon.com/Tormented-Lee-Mountford-ebook/dp/B07B26BZHS/ref=asap_bc?ie=UTF8
Posted by Cedar Hollow Horror Reviews at 4:08 PM