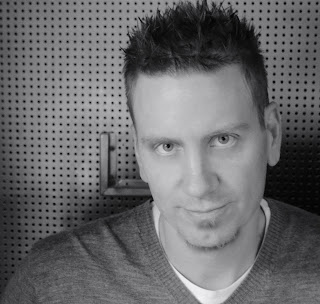 CHHR: When did you realize you wanted to be a writer?
The notion first occurred to me when I read my first Stephen King book back when I was fourteen. I had a terrible car accident when I was eighteen, and when I was convalescing, I had nothing else to do but read and write. That’s when I started working on my first book. It was abysmal, but I loved doing it. I knew then that I wanted to be a writer.
CHHR: What does your writing schedule look like?
Writing during the school year is sporadic for me. I write when I can from August through May, but the summers are writing bonanzas. Whenever I write, it’s usually from eight in the morning until about noon. I can knock out three thousand words in that span, and sometimes more.
CHHR: Do you have any interesting writing rituals? If so, what are they?
I do have some rituals, though I wouldn’t call them interesting. I have a writing room, a cozy chair and ottoman (situated by a window), and a table beside me on which to set my coffee and CD player. I put on some Baroque music, take a deep breath, and let the words flow. 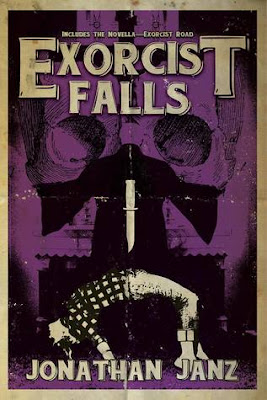 CHHR: Do you like writing short stories or novels?
I’m primarily a novelist, but writing short stories can be fun too. If I had to choose one over the other, however, I’d definitely choose novels. I’m a monogamous person, so the longer-term nature of a novel appeals to me.
CHHR: How is the horror scene where you live?
Pretty dormant. There are other writers in Northern Indiana, but it’s not exactly a hotbed of horror fiction. I sometimes suffer geography envy, as many of my writer friends tend to live in the Northeast. But as my kids grow and become more portable, I definitely see myself (and my family) traveling more often and spending time in other places to meet other writers and readers.
CHHR: Do you use outlines or do you go with the flow?

I’ve worked both ways. I’m not an absolutist about this because I think it depends on the story. For example, for EXORCIST ROAD, I planned every scene beforehand, and I like the way that story turned out. But with CHILDREN OF THE DARK, I really had no clue what would happen, and I like that book even more. So, for me, it depends on the tale. 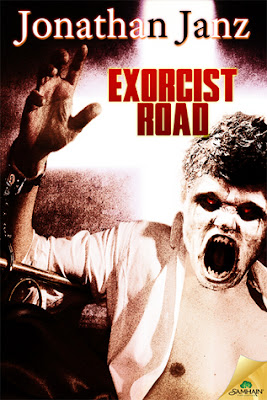 CHHR: How did publishing your first book or short story change your writing process?
I shouldn’t need validation, but I guess I do (and certainly did when I was getting started). When Don D’Auria plucked my novel from the slush pile, that showed me that I had at least a modicum of skill. My process didn’t change drastically after that, but I had more confidence in it.
CHHR: What do you think makes a good horror story?
They say that fiction is the truth inside the lie, so I find that a good horror story, no matter the subgenre, era, or sensibility, brings with it a ring of truth. I look at Stephen King’s work, and despite how varied his tales are, I always find myself staring at a mirror of our world. That’s crucial for me as a reader, so perhaps I subconsciously seek that out. 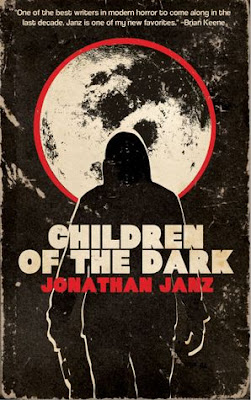 CHHR: What are you currently working on?
I’m about a month away from finishing the rough draft of CHILDREN OF THE DARK 2. I had an epiphany about the book about a week ago, and now I can’t wait to finish it. I’m really excited about the direction it’s taking.
After that I’ll be choosing one of two projects (both of which are clamoring to be written). Usually, I’m pretty sure about what I’ll write next by this point in the calendar year, but both of these books are really calling to me. We’ll find out soon.
CHHR: What is in your TBR pile? 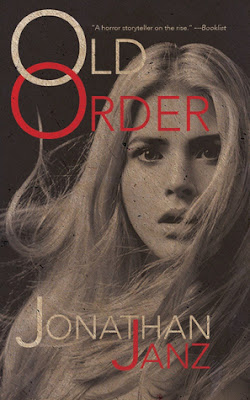 CHHR: What is the last book that scared you?
Right now DOCTOR SLEEP is scaring me. I love the characters and fear what might happen to them. You can probably tell that I’m a Stephen King fan, huh?
CHHR: What is your favorite horror film?

It depends on how you define horror, but if we include JAWS, that wins going away. After that I’d say THE EXORCIST and HALLOWEEN are near the top. GET OUT really impressed me too. 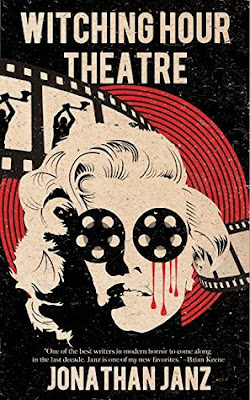 CHHR: What is your spirit animal?
I’m fond of the firefly. Can that count?
CHHR: If you could have a beer with one author, who would it be?

Unoriginal answer, perhaps, but Stephen King. He’s the reason I’m a reader and a writer. I owe him more than I can ever repay. 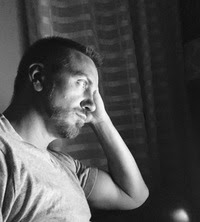 Jonathan Janz grew up between a dark forest and a graveyard, which explains everything. Brian Keene named his debut novel The Sorrows "the best horror novel of 2012." The Library Journal deemed his follow-up, House of Skin, "reminiscent of Shirley Jackson's The Haunting of Hill House and Peter Straub's Ghost Story."Since then Jonathan's work has been lauded by writers like Jack Ketchum, Edward Lee, Tim Waggoner, Bryan Smith, and Ronald Kelly. Novels like The Nightmare Girl, Wolf Land, Savage Species, and Dust Devils prompted Thunderstorm Books to sign Jonathan to an eleven-book deal and to give him his own imprint, Jonathan Janz's Shadow Side. His most recent novel, Children of the Dark, received a starred review in Booklist and was chosen by their board as one of the Top Ten Horror Books of the Year (August 2015-September 2016). Children of the Dark will soon be translated into German and has been championed by the Library Journal, the School Library Journal, and Cemetery Dance. Jonathan's primary interests are his wonderful wife and his three amazing children, and though he realizes that every author's wife and children are wonderful and amazing, in this case the cliché happens to be true. You can learn more about Jonathan at http://jonathanjanz.com. You can sign up for his Shadow World newsletter here: http://eepurl.com/cKLKt5. You can also find him on Facebook, via @jonathanjanz on Twitter, on Instagram (jonathan.janz) or on his Goodreads and Amazon author pages.
Posted by Cedar Hollow Horror Reviews at 4:43 PM