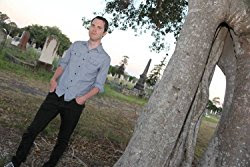 CHHR: When did you realize you wanted to be a writer?
Comic books were the catalyst for wanting to become a writer. From about the age of 7, I started writing and drawing my own superhero comics. It was in my teenage years and discovering the horror films of the 80’s that I found my dark side.
CHHR: What does your writing schedule look like?
I have a full-time job and I am a dad so I usually try and write around those responsibilities. I am most creative at night.
CHHR: Do you have any interesting writing rituals? If so, what are they?
I write everything longhand in notebooks. I hate doing it any other way. I often have horror movie soundtracks running in the background when I’m writing. Wojciech Kilar’s suite from Bram Stoker’s Dracula usually gets me in a fervor. 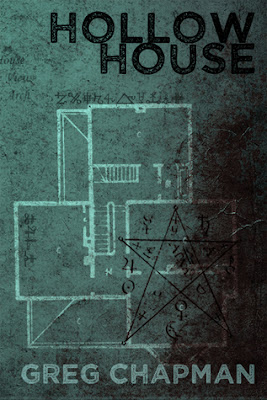 CHHR: Do you like writing short stories or novels?
Hmm. The eternal question. If I had to choose I would say novels. They give me more room to breathe. Short stories though can carry a lot of weight if done well. This is probably why I adore writing (and reading) novellas!
CHHR: How is the horror scene where you live?
I live in a small regional city in Queensland, Australia so there aren’t that many horror readers sadly. But there is a lot of support for speculative fiction in general and pop-culture, which is a real positive.
CHHR: Do you use outlines or do you go with the flow?
I’m a pantser, not a plotter per se. It’s like putting a skeleton back together. I let the characters build themselves and run with the story. 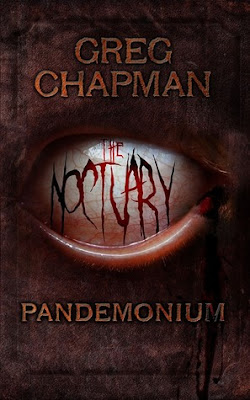 CHHR: How did publishing your first book or short story change your writing process?
My first novella came about from a mentor program I did with the Australian Horror Writers Association, so at the time, I was already re-learning everything. The mentorship helped me focus on story and characters, rather than worrying about genre or what the industry wants. That stuff held me back, but now I just write for me. Getting published is the icing on the cake.
CHHR: What do you think makes a good horror story?
Flawed characters and slow-burning dread. Holding a mirror up to humanity and making the reader question who the real monsters are. 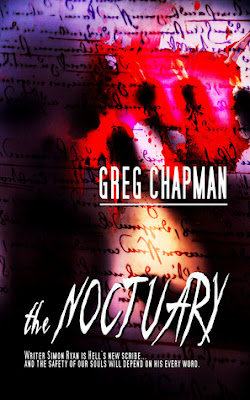 CHHR: What are you currently working on?
Right now, I’m planning three novellas. Recently I finished a Halloween-themed short story for a spec-fic journal in my hometown. I also have a non-fiction how-to-write-horror piece to complete for an anthology invite.
CHHR: What is in your TBR pile?
The Fireman by Joe Hill, Black Mad Wheel by Josh Malerman
CHHR: What is the last book that scared you?
Bird Box by Josh Malerman. Terrific stuff. 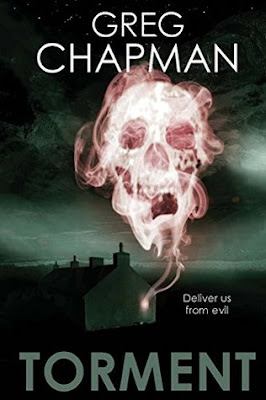 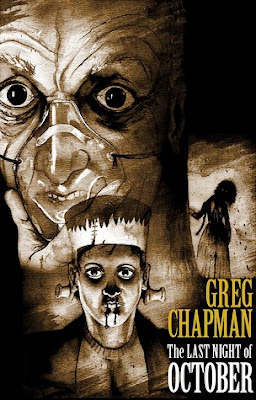 CHHR: What is your favorite beer?
Anything that’s cold!
CHHR: If you could have a beer with one author, who would it be?
Living – Stephen King. Dead – Edgar Allan Poe. 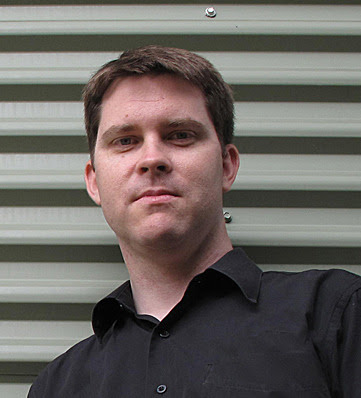 Greg Chapman is the Bram Stoker Award-nominated® and Australian Shadows Award-nominated author of Hollow House and the author of five novellas: Torment (2011 and 2016), The Noctuary (2011), Vaudeville (2012), The Last Night of October (2013 and 2016) and The Eschatologist (2016). His debut collection, Vaudeville and Other Nightmares, was published in 2014. His latest work is the novel The Noctuary: Pandemonium, published by Bloodshot Books in December 2017.

His short stories have appeared in numerous publications, including Dark Eclipse, DevolutionZ, SQ Mag, Midnight Echo, and several anthologies. His short story, The Bone Maiden, was an Australian Shadows Award finalist in 2015, as was his novella, The Eschatologist in 2016.

He is also a horror artist and his first graphic novel Witch Hunts: A Graphic History of the Burning Times, written by authors Rocky Wood and Lisa Morton, won the Superior Achievement in a Graphic Novel category at the Bram Stoker Awards® in 2013.