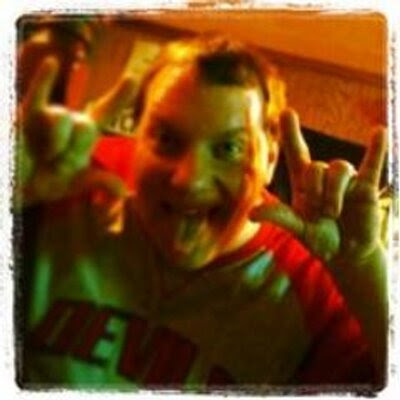 CHHR: When did you realize you wanted to be a writer?
FE: A very long time ago and also, six hours ago. You see I exist in this weird time rip paradox thing. Its like that Cloverfield Paradox thing only cooler. I mean, I still have my arm which is pretty imperative seeing as in both planes of existence I want to be a writer and having your arm is extremely helpful, especially if it's your dominant arm. But, really, when you think about it, even having your less dominant arm is pretty important because you can type faster. Back in the day when people actually wrote with a pen, well then you could get away with just a dominant arm but then again, the paper would most likely slide all over the place if you didn’t have your other arm to anchor it down. Surfaces used to be very slippery back in olden times.
What was the question?
CHHR: What does your writing schedule look like?
FE: Well, its kinda fuzzy. Its like, what do they call it when they make a Funko Pop all fuzzy? Flocked! My writing schedule looks flocked. But flocked is more of a texture thing. The appearance of my writing schedule looks like an emo unicorn. People have this idea in their head that Unicorns are all white and majestic and rainbows and glitter and stuff. But less known are the tribe of emo Unicorns that are all dark and muted tones and really drab manes that they just refuse to ever use conditioner on. You know that Mane and Tail shampoo that’s horse shampoo but people use on their own hair? Yeah well, my writing schedule looks nothing at all like that. 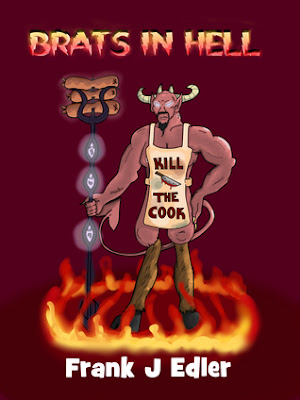 CHHR: Do you have any interesting writing rituals? If so, what are they?
FE: I don’t sacrifice virgins or anything of that nature. If that’s what your getting at then you’re a total freak. I don’t mean to be judgemental or anything but killing virgins isn’t exactly productive. What I mean is, I think you’re writing routine would remain unfazed if the virgin continued to live or died. In truth, you’d give a virgin a fighting chance at devirginization if you let them live. Once their dead their odds of losing their virginity decrease exponentially.
I do like to go to Panera and eat an avocado, egg and cheese sandwich before I start tapping away on the keys.
CHHR: Do you like writing short stories or novels?
FE: I prefer novels. They have a tendency to be longer than short stories. Short stories are, by nature, short. I started out writing short stories. We all do, most of us. But the big bucks are in novels. That’s some pretty pull-back-the-curtain information right there. Most people don’t know that all the writing money lies in novels. Novels and technical manuals. If you can write a technical manual, you’ll be rolling in it.
CHHR: How is the horror scene where you live?
FE: Improving. At least the way I see it. Until recently I hadn’t really sought out a horror scene in the New Jersey area. There are a few annual horror conventions that blow through like Monster Mania, Walker Stalker and Chiller Theater. Recently, the New Jersey Horror Convention has been added to the circuit and there are some smaller organisations doing Grindhouse nights and the like. Maybe things like that have always existed but to me, it looks like the scene is becoming more and more robust. We still need to bolster the horror lit scene though, that is lagging. 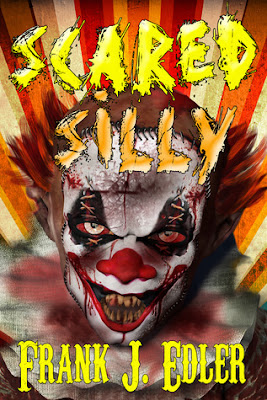 CHHR: Do you use outlines or do you go with the flow?
FE: For longer things I’ll sketch out a really simple outline. For the most part I just put the helmet on, rev the engine, pop the clutch and wheelie that bad boy to the finish line. Or the red line? Red lining is bad when you pop the clutch right? What is popping the clutch anyway? I don’t know anything about it really, I just heard Danny LaRusso say it in the Karate Kid when his mom’s hunk o’ turd station wagon crapped out right after he picked up his scrumptious, blonde date with all the money and they were all like okay, push the car and POP IT! Vrooom!
Yeah, I don’t use outlines, I pop it!
CHHR: How did publishing your first book or short story change your writing process?
FE: I’m all self published to this point. Each book has been a learning experience. I’ve done all the layout and stuff on my own and I’ve gotten better with each successive release. I think I could even do nice looking layout for others for a fee at this point. Seriously, reach out to me. I’ll do your layout too. Paperback, eBook, all formats. I’m the best!
CHHR: What do you think makes a good horror story?
FE: Wow, that's so subjective. I love horror comedy. But I feel like hard core horror fans really frown upon horror comedy, like it’s just mocking the genre. But that serious, straight, depressing, dark, deep horror. That’s not for me. But others swear by it. So to pinpoint any one thing, can’t be done.
Baboons. Baboons make a good horror story. (Sorry, I felt like I should give a more concrete answer. And who could argue with baboons, those things are fucking terrifying.)
CHHR: What are you currently working on?
FE: Currently I’m finishing up a novella titled SCATTERBRAIN. It’s a killer brain story. The world is running low on killer brain stories.
CHHR: What is in your TBR pile?
FE: Being a world famous Bizarro fiction podcaster, my TBR pile has become mountainous. And that’s just the stuff writers push on me. Add the that the crap I want to read and it just becomes ridiculous. Either way, I’m definitely picking up Chuck Buda’s SLASHING AWAY next. It’s high time for some Hot MILF Scissoring Horror. Seriously, check out his Gushers Series. Hot MILF Scissoring Horror is the next big thing. 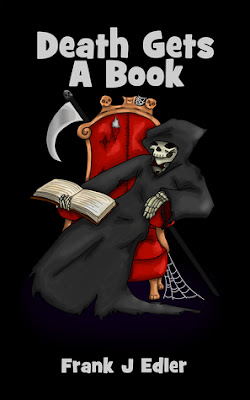 CHHR: What is the last book that scared you?
FE: Don Noble’s SCARY FUCKING STORIES. It’s a collection of scary fucking stories. Most of them aren’t all that scary but they are all very cool. But that last story in the collection is a non-fiction account of the author’s experience with hallucinogens and the odd, creepy situations he found himself in while on those “trips.” Nothing is scarier than the truth. Nothing.
CHHR: What is your favorite horror film?
FE: Saturday the 14th.
CHHR: What is your spirit animal?
FE: What kind of question is this? Does anyone out there really care about my spirit animal? What even is a spirit animal? Do I look like some kind of hippie to you? Don’t answer that! Do you think animals run around the forest asking other animals, “Yo, bro, what’s your spirit human?” And on top of that do you think that, like, an otter really gives a flying tree nut what human Mr. Squirrel J. Stimpleton relates to on this goofy, imaginary premise of having some invisible, string and can relationship to other beings? Of course he does! Otters care about a lot of things! Otters care about water quality. Otters care about pasteurization. Otters care about the cost effectiveness of signing a player based upon their Walks/Hits Over Innings Pitched percentage and otters care about Transformers ‘cuz they’re more than meets the eye.
My spirit animal is an otter!
CHHR: What is your favorite beer?
FE: My favorite beer is the one in the cup in front of me.
CHHR: If you could have a beer with one author, who would it be?
FE: Ehh, boring question.
Better question: If you could participate in a key party with one author, who would it be?
Answer: I would totally love to go to a key party with Dr. Seuss. Let’s face facts, the guy is a total freak. Mrs. Seuss had to have had a certain wherewithal in order to keep up with the libido of a man who dreamed up Sneetches. Right? Right.
So yeah, I’d go and I’d pray that I’d pull Dr. Suess’s keys out of the jar and then I’d take his wife to one of the rooms because anyone who's anyone knows that if you’re having a key party you gotta have rooms. Rooms are an important part of key parties. It’s like you can’t have a chocolate milk without chocolate. Or keys. Keys are surprisingly important ingredient to chocolate milk and key parties.

The point is I’d like to go to a key party with Dr. Seuss so I could get a stab at his wife. And, sure, I’d share a beer with him and talk about the magical evening we all just had at the end of the night. Mrs. Seuss could have a chocolate milk. We all know it’ll be there.
Author Bio:
Frank J. Edler resides in New Jersey where he attempts to write. He is the author of DEATH GETS A BOOK and SCARED SILLY. He is the co-author of the SHOCKER trilogy. He has also appeared in several anthologies. His work walks the fine line between horror, humor and bizarro. When he is not writing, Frank is co-host of the raucous Books, Beer and Bullshit Podcast and the Bizarro showcase, Bizzong! Podcast.
Posted by Cedar Hollow Horror Reviews at 6:26 AM