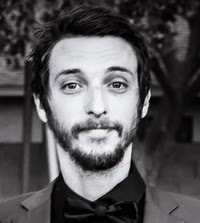 CHHR: When did you realize you wanted to be a writer?
I have always dabbled in writing. Whether it was lyrical writing, or poetry, or little short stories, I was always scribbling something down. However, it wasn’t until sometime in 2013 that I decided to try and focus in and seriously learn the craft.
CHHR: What does your writing schedule look like?
Hectic.
Between the day job, co-running Aphotic Realm, and real life obligations, I try to squeeze in a few hundred words here and there. I work the day job Sunday through Thursday, so on Fridays I try and get up a little earlier than my wife (who also has the day off as well) and get some done before we hang out and run errands. Rarely do I get a day where I both have the energy and the time to grind out some stuff, but when I do, I try not to let it go to waste. 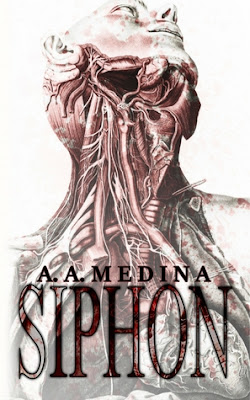 CHHR: Do you have any interesting writing rituals? If so, what are they?
Yes, but they are not so much interesting as they are extremely unhealthy. I drink maybe two or three cups of black coffee before I get started. Then I go to my backyard or garage and chain smoke cigarettes, drink more coffee, and write. Unfortunately, I am a smoker, and I found that if I “take a smoke break” from writing, it is super easy to not go back into the office and get back to work. To get things done, I decided to remove this variable by doing my work where I would take my break anyway.
I also blare loud music in my headphones and block out the world. I’m a scatterbrain and very easily distracted.
CHHR: Do you like writing short stories or novels?
I’ve written short stories, but I have never written a novel. That said, I have written a novella and have a few other half-finished novellas in the bank. I like writing novellas – not too long, not too short. With short stories, I feel like I don’t really get to explore the character – like I’m writing in a bubble.
CHHR: How is the horror scene where you live?
I wouldn’t know. I don’t really go out much anymore. That said, the majority of my friends are horror film buffs. We all play and listen to death metal, which is pretty much musical horror in most aspects.
I plan to attend Phoenix FearCon for the first time this year, but as an author/publisher, so I’m excited to see how lively the scene is. I’ve heard it’s pretty legitimate from friends who attend. 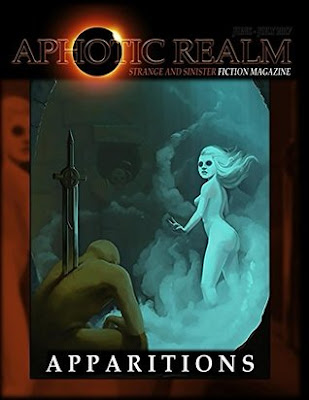 CHHR: Do you use outlines or do you go with the flow?
I make a vague outline.
This happens therefor this happens…
What do I want to accomplish with this scene? Do I need it? Is this a physical or emotional turning point for my character? I try to map out the character’s arc, but loose enough that I don’t suffocate my “flow”.
More times than not, I’ll organically conjure something up while I’m in the process of writing that does not fit my outline. When that happens, I toss the outline and ride that wave as long as I can. You can always tweak your story after you’re done with the first draft.
CHHR: How did publishing your first book or short story change your writing process?
It gave me affirmation. It let me know that more than just my wife and few friends like my writing. This is such a weight off your consciousness when sitting down with a first draft. A ton of that doubt that starts to seep in when you’re stuck on a chapter or just staring at the blank page doesn’t cripple you like it use to.
The “this is such a stupid idea” doesn’t cause you to close your document or give up. Rather, I’ll now respond to myself with “Yeah, probably is, but let’s see where it goes.” 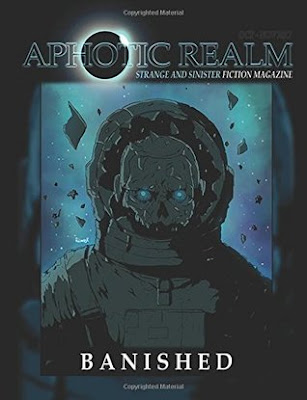 CHHR: What do you think makes a good horror story?
Relatable characters. Like all works of fiction, if the reader/audience can’t relate with the characters, it’s dull.
I think this is especially true with horror.  How are you supposed to instill fear in the reader when they don’t care about the characters? Make me feel their pain.
CHHR: What are you currently working on?
Beside Aphotic Realm stuff, I have a few projects that I’m floating between. Two of them are horror novellas that take place in Claybrook City (the same world as SIPHON), and a science fiction story that I’ve been starting and restarting and reworking and abandoning and returning to for a couple of years now.
CHHR: What is in your TBR pile?
My TBR pile is so big, I feel guilty thinking about it, like I’m neglecting my children. But, I just picked up The Science Fiction Century edited by David G. Hartwell from Tor Publishing. I’m pretty excited to dive into that. 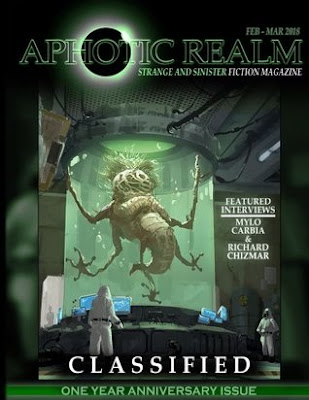 That is also a hard question. I'll drink any beer as long as it isn't infused with a fruity taste, too many microbrewers are trying to force "banana ale or cherry IPA in my life and I won't let it happen. Tastes like cold cough syrup. 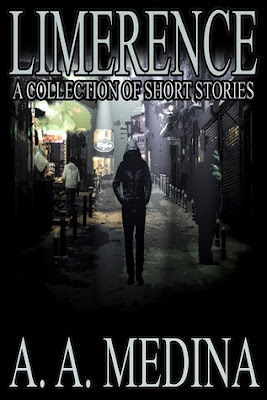 As a child, Adrian Alexander Medina found solace in storytelling, and every day he had a new one to tell. He would go into great detail about his adventures at school, the time he helped Johnny Rico defeat the bugs on Klendathu, or that time he visited Moscow as a spy. As he grew up, he dialed back the grandiose tales of his adventures, but never lost his overactive imagination.A. A. Medina believes stories can help the reader understand the strangeness of life and, at the same time, break up the day-to-day monotony by injecting a sense of mystery, wonder, joy, and even fear. When he isn’t melting in the Arizona sun with his wife, Samantha, or being pestered by his fat cats and obnoxious puppy, he is writing his fantasy-horror comic book series Void & Valor, co-running the fiction magazine Aphotic Realm, or designing and developing tabletop games for MoonMarketGames.A. A. Medina graduated with his B.F.A. in Creative Writing in March of 2017. In addition to writing, A. A. Medina enjoys funneling his creativity into music and graphic design.
Posted by Cedar Hollow Horror Reviews at 10:32 AM