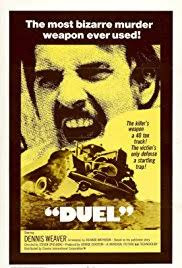 Instead of the dark claustrophobic settings of most horror movies, Spielberg sets his first feature-length film in the sunny and open Southern California desert. There's no place for traveling salesman Richard Mann (Dennis Weaver) to hide from a truck driver, who for unknown reasons, engages Mann in a rolling death match. Before Road Rage was a part of the popular lexicon, there was Duel.
The Hitcher (1986, Dir. Robert Harmon) 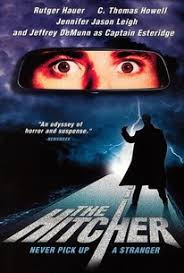 The near-deserted roads of the Pacific Southwest become an arena for a primitive battle between Jim Halsey (C. Thomas Howell) and John Ryder (Rutger Hauer.) The brooding and enigmatic Ryder leaves a trail of bodies over miles of highway while sparing Halsey, teasing the young man over his cowardice, simultaneously daring Halsey to stop him.
Shivers (1975, Dir. David Cronenberg) 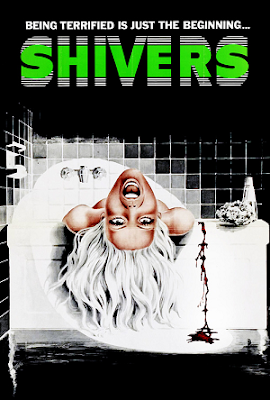 One of the most original and pleasurable ways of ending the world. Or maybe it's the beginning of a new one? The residents of the ultra-modern (then) self-contained Starlite apartments are being attacked by an engineered parasite that causes the infected to relent to repressed sexual urges. The mask of civilized behavior comes off and reason gives in to lust. Enough said.
The Thing (1982, Dir. John Carpenter) 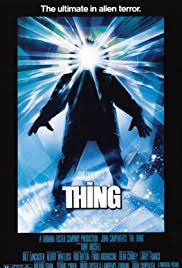 1. Ennio Morricone's haunting score (with additional music by Carpenter) 2. The effects created by Rob Bottin. 3. The isolation and relentless cold, the vacuum of time generated around the dark and confined spaces. 4. The increasing paranoia with the realization of the presence stalking the team of Antarctic explorers. 5. Dean Cundey's cinematography (gorgeous in blu-ray.) And for many, many more reasons, this one has gotten better with time, and has vindicated Carpenter.
Ginger Snaps (2000, Dir. John Fawcett) 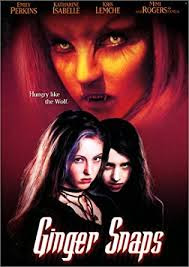 “They don't call it the curse for nothing.” And indeed, that DVD cover teaser says it all. The cycles of the moon that dictate changes in a woman's body that cause mood swings and physical discomfort. Lycanthropy is something so befitting females, it's amazing it took this long for someone to explore it. Cleverly written, directed and performed, This is an entertaining film that discusses sexual politics and family bonds without cheating the viewer on horror.
Black Christmas (1974, Dir. Bob Clark) 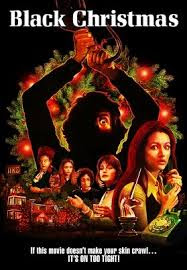 Delivering equal doses of scares, dark humor and satire, a killer invades a sorority house on Christmas Eve and goes on a spree. This one makes a great double feature with Gremlins.
The Fly (1986, Dir. David Cronenberg) 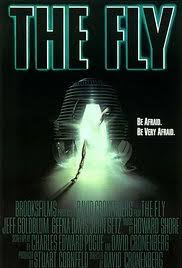 The Mad Scientist that explores a breakthrough on himself is updated for the late 20th century. The metaphor of AIDS has been mentioned repeatedly, but at the time I only marveled at the practical effects created (which won and Oscar for makeup effects) to bring to life the mutation of Seth Brundle. The impressive visuals are tempered by a bittersweet love story, making the end poignant.
Night of the Living Dead (1968, Dir. George Romero) 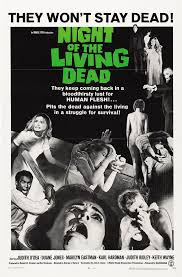 We never quite fully understand what happened to cause the dead to rise and eat the living. A casual mention is made about something from outer space, but there's no time to ponder anything. More undead are showing up at the door of the abandoned house we're holed up in with other strangers, and if the living dead don't get us first, the communications breakdown and in-group fights will.
Halloween III: Season of the Witch (1982, Dir. Tommy Lee Wallace) 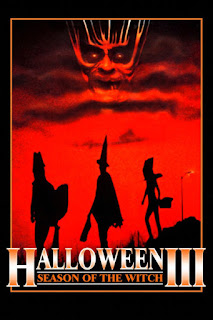 It's very popular to hate this one for not continuing the Michael Myers saga. But it's precisely because of this film's refusal to play it straight that it has my love. Rather than continue to flesh out Myers (making him less scary), this film doubles down on the weirdness by having this small town taken over by sinister men in black suits, mixing cyberpunk tropes with Samhain as a world-conquering tool, and using marketing as a device to trigger their weapon. (Is anyone even a little bit disturbed by the Halloween mask commercial that keeps playing through the movie?)
From Beyond (1986, Dir. Stuart Gordon) 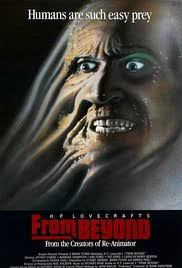 H.P. Lovecraft filtered through Stuart Gordon? What's not to like? By bringing sex into the relatively sexless world of Lovecraft, Gordon creates a mind-bending tale of alternate dimensions, accessible only by stimulating the pineal gland. Deliriously nutty. If that's not enough there's also Barbara Crampton in an S & M outfit.