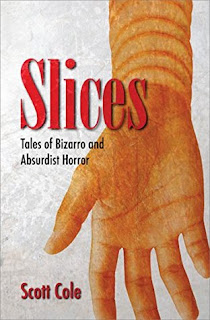 Are you hungry for something different? Something weird? Horrific? Funny? Uncomfortable? Surreal? Try a slice.
These pages are filled with unique and creepy stories. The stories span the horror genre, which makes this collection stand out. Scott Cole's short form is on point. The collection is arranged well. The author grabs you with the first few sentences and from there you are completely sucked into the story.
What's so bizarre is the fact that I am just now reading Scott Cole. Remember the name. He has arrived. If you don't believe me, then I suggest 666 Baby Jesuses, Give and Take. It's about a guy who is obsessed with collecting action figures. If you want a great body horror story, then Slices of Me is right for you. We Built the Moon is my favorite story out of the collection, though. For the love of horror, can someone please turn this story into a short film?
Slices: Tales of Bizarro and Absurdist Horror consists of 33 stories. It's an all you can eat buffet of horror! I very rarely revisit books, but I will make an exception for this collection. If you have a weak stomach, then you should probably eat light before diving into this book.
Support Black T-Shirt Books too!
You can grab a copy of Slices here!
Highly recommended!

Synopsis:
A man opens his door to a most unusual salesman, whose wares are not quite what they seem... A writer on a retreat discovers a talking insect, and a tree bearing fruit that looks just like cats... A demented clown acts as one poor soul's daily alarm clock... A man in a homemade spaceship encounters a terror he never could have expected - something that wasn't in his guidebook... A professional eater starts to crave the most forbidden food... A man on the verge of suicide begins cutting, and in doing so, finds a reason to exist...
These and many more Tales of Bizarro and Absurdist Horror.
"I can certainly guarantee that no one has told a story like this before. It never goes where you think it will and always keeps you guessing..." --HORROR UNDERGROUND, on SuperGhost 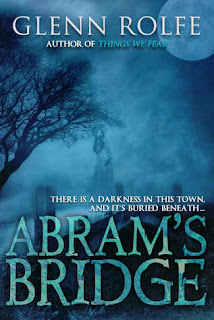 There is a darkness in this town, and it's buried beneath Abram's Bridge.

This book is great from start to finish! The cover is badass too! I read Becoming by Glenn Rolfe and loved it, so I knew the guy could write. With that being said, let's get to the review.

Lil Ron goes for a bike ride down to Abram's Bridge. He meets Sweet Kate under Abram's Bridge. Lil Ron finds out that Sweet Kate is a ghost. It scares him, but he has to find out who killed her. What starts out as a ghost story, quickly turns into a who done it murder-mystery. You will be hooked from the start right up to the explosive finish.

Just when you think you know who done it, Glenn Rolfe makes you suspect someone else. Abram's Bridge is full of twists and red herrings. The characters are smart and easily relatable. I was invested in the characters. The author gives the characters just enough history, which drives the story. Glenn Rolfe gets small town horror! I look forward to reading his other work! 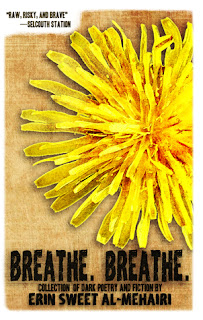 People go through pain and abuse. The pages are filled will violence and denial. This book will catch you off guard. Some of the poems and short stories don't always go the way you think they will. All of the poems and short stories are great, but the story about the dandelion yellow crayon is my favorite. It broke my heart. The story is a clinical example of real-life horror. The story about the girl on the beach was good too.

I have to admit that I don't know much about poetry. Breathe. Breathe. makes you feel something, and I think that is what makes it so good. I also like that the collection is broken down into three sections, but it also could have worked by mixing the stories in with the poems.

I highly recommend this book to fans of horror and poetry!

Posted by Cedar Hollow Horror Reviews at 7:30 PM No comments: 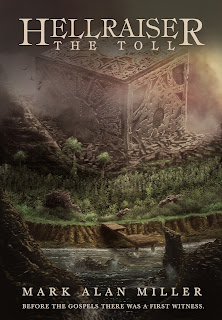 Hellraiser returns in this novella of terror. Look at that beautiful cover! Hellraiser: The Toll fills us in on what happened between The Hellbound Heart and The Scarlet Gospels. Kirsty Cotton returns to the forefront along with Pinhead, or as she likes to call him the Cold Man.

By now you already know that Kirsty Cotton has eluded Pinhead for quite some time. This novella is set thirty years after The Hellbound Heart, so she is about 40 or 50 something years old. She has been on the run this entire time. Every couple years she changes her name and identity. She also moves quite frequently.

One day she receives a letter that is addressed to the woman she's been running from for half her life. It turns out that Kirsty Cotton is the first witness. She must play the game and confront Pinhead. It's an epic battle. The fight scene is brilliant. I just didn't know which one to cheer for. (I cheered for Pinhead. I mean, who wouldn't?) The ending was great. Clive Barker's art is scattered throughout this novella, which enhances the story as well.

If you like Clive Barker's work as much as I do, then you will enjoy this novella. It's not written by him, but it's in the same vein. I love the Hellraiser movies. Maybe this novella will get optioned for the big screen.

Under the Lake by Stuart Woods 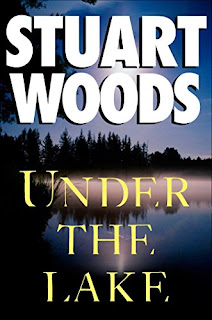 Under the Lake is the first book I have read by Stuart Woods. To me, this book is an instant classic. It reads like a horror story, but there are some mystery elements to the story as well.
John Howell is a journalist who rents a little cabin by a lake in Northern Georgia to write his novel. He becomes familiar with the surrounding town and learns about the lake. He discovers that the lake was forced upon the farm owners. He hears rumors of people who did not get out in time before the farmland was flooded to create the lake.
Howell starts seeing and hearing things that can't be explained away. He also gets involved with the local ladies. After all, Howell is supposedly a "lady's man."
This book starts off slow and builds up as the story progresses. You can feel the tension in the isolated town. This book will keep you up late into the night. It is not overtly scary in a horror sense, but more in a realistic sense. This story could have probably happened. That ending will get you too! The characters were believable. The writing style was good too.
Dive into this book to find out what happened under the lake.
I highly recommend this book to fans of horror!
5/5 stars!
Posted by Cedar Hollow Horror Reviews at 8:41 PM No comments:

Stay Out Of The Basement by R.L. Stine 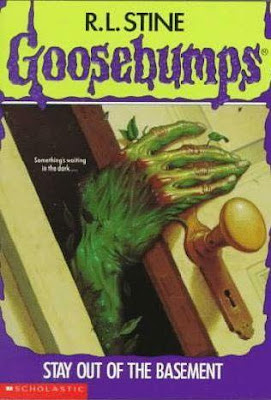 It is time for some more Goosebumps! Sorry for the delay in the chronological read through. Stay Out of the Basement used to scare me as a kid. I was thoroughly creeped out by the dad. I never wanted to go into my basement after reading this. To be honest, I still don't.

Dr. Brewer starts growing leaves out of his head and eating plant food. The kids go down into the basement and find all sorts of plants. They also find more than they bargained for. All will be answered in the end. Always remember one thing. R.L. Stine loves a good twist ending.

I enjoyed this book about as much as I did when I was a kid. I thought the writing was great. The storyline was smooth, but a little predictable. The kids questioned themselves almost too much, though. In the end, it was a solid read.

Email ThisBlogThis!Share to TwitterShare to FacebookShare to Pinterest
Labels: Goosebumps 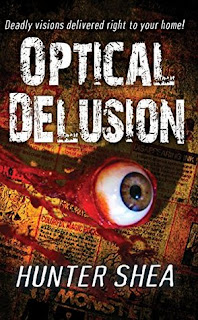 Martin Blackstone tries on the X-Ray glasses and they seem to really work. Brian and his friend think they are a waste of money and want to throw them away. Martin's wife thinks he looks rather dashing in his new shades, so he decides to keep them for a while. Every time he wears them, his head hurts and they become harder to take off.

At first, Martin is having a blast checking out all the women around town. There is one scene that made me want to throw up. It's the old man scene. It thoroughly grossed me out. Martin likes being able to check out the women, but their beauty is only skin deep. The X-Ray glasses begin showing what hides beneath the flesh, and Hunter Shea doesn't disappoint.

I like the way the author set up the story. I like how he moves the story along effortlessly. There are no kinks or hiccups in. the storyline. The characters are easily relatable and could be your next-door neighbors. The ending felt rushed. It ends too abruptly. I like how he transitions from kids in Just Add Water to adults in Optical Delusion. I can't wait to see how he ties up the series. Optical Delusion and Just Add Water read like stand-alone, which I thought was cool.

You can grab a copy here!