TOP 10 FICTIONAL SHARKS
By Tim Meyer, Author of Sharkwater Beach
This was a difficult list to piece together. On one hand we have the outrageous and obscure; on the other we have some beloved monster movie sharks, some which are truly terrifying sea creatures. I tried to balance the two and compile a list of fictional sharks everyone might enjoy. Also, keeping my new book SHARKWATER BEACH in mind, I picked some sharks that my own gargantuan sea monster can relate to. Enjoy! 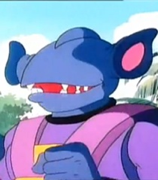 10 – Hammerhead (Dino Riders) – This obscure, late 80s cartoon that only ran 14 episodes might not be on everyone's radar, but I grew up watching this show religiously. Hammerhead was one of the main antagonists. Everything was unsettling about him (at least from a five-year-old's perspective) - from his appearance to his voice. He definitely helped make the cult classic show memorable. 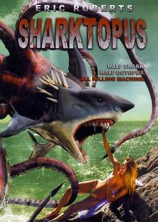 9 – Sharktopus – The Roger Corman-produced, Eric Roberts-starring science fiction direct-to-SyFy channel film is... well, it isn't that good, let's be honest. But it's definitely not the worst sharksploitation flick out there, in fact, parts are quite enjoyable. The concept of the sea monster itself is great, and in some shots, it actually looks great. And if these types of movies are up your alley, check out Sharktopus vs Whalewolf! Yes! These are real movies! 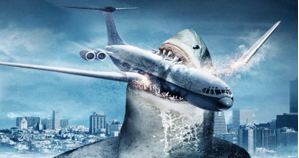 8 – MEGA SHARK – Look at that: another ridiculous B-movie shark makes the list. Mega Shark does it all in its lone movie and subsequent sequels. It eats planes, bridges, submarines, battles a giant octopus (also a crocodile), and even goes to war with a state-of-the-art submarine shark. The movies are laughable, yet mindless fun, and the giant shark's escapades are highly entertaining to watch. 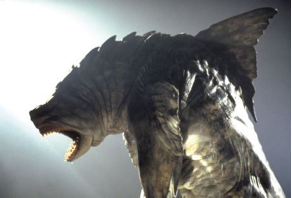 7 – Peter Benchley's Creature/White Shark – Certainly not his best book, Peter Benchley's White Shark is still worthy of a beach read. It was turned into a television mini-series starring Craig T. Nelson and Kim Cattrall and titled Creature, and as far as late-90s mini-series go, it wasn't that bad. The Nazi-experiments-gone-terribly-wrong plot was perhaps overdone, but the half-human, half-shark creature looked bad-ass on the small screen, and the movie effects still hold up surprisingly well. 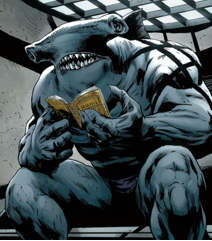 6 – King Shark – DC's supervillian hasn't gotten the mainstream attention he probably deserves. Originally conceived as a Superboy villain in the early 90s, King Shark has made appearances all throughout the DC universe, most notably in the Suicide Squad comics. He was set to appear in the Suicide Squad movie, but it seems his character was nixed because of his likeness to Killer Croc. He also made an appearance on the television show The Flash.

5 – Street Sharks – Part Teenage Mutant Ninja Turtles rip-off, part mid-90s cartoon cheese, Street Sharks was 100% after school/homework fun. After a mad scientist splices their genes with that of amphibious predators, four hip teenagers transform into human-shark monsters that end up prowling the streets of their beloved dark metropolis, seeking revenge on the mad scientist who turned them and pinned the abominations on their missing father. Whoa. Heavy. Like most 90s cartoons, the 40 episodes don't exactly hold up, but the writing was decent and the content was bizarre enough to bank a spot on this list. 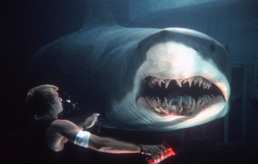 4 – The Sharks from Deep Blue Sea – I loved this movie and watched it almost weekly when it came out on video. The sharks in Deep Blue Sea were highly intelligent creatures, products of an experiment aimed to use their brains in the fight against Alzheimer's disease. The movie plays out much like you'd expect – the sharks rebel and break free and wreak havoc on the entire research facility, compiling an impressive body count. Spoiler Alert – the Samuel Jackson death scene is one of my favorite on-screen shark kills of ALL-TIME.

3 – A Sharknado – I can't speak for the sequels, but the original Sharknado film was one of the best television experiences I ever had. When it was over, I felt satisfied in a way no other SyFy movie ever came close. Sure, I love ludicrous B-movies as much as the next person, but rarely do I enjoy them as much as I had Sharknado. It was the perfect B-movie that didn't try hard to be anything other than what it was. Whoever came up with the idea of fusing sharks with tornados should win some sort of important award.

2 – Steve Alten's MEG – Anyone who writes a giant shark book nowadays can trace their influences to Steve Alten's novel about an enormous shark from the late Cretaceous, who survived by keeping to the darkest depths of the Mariana Trench. Alten's villain is a vicious monster who kills and destroys everything in its path – basically everything you want from a giant shark novel. They're making a movie starring Jason Statham that's due out sometime in 2018.

1 – Bruce (JAWS) – Universally considered the best shark movie ever made (and with good reason), Spielberg's horror movie about a killer great white terrorizing a small New England town still holds up today. It's one of the first horror movies I ever watched, and it scared the pants off me. Unless you've been locked away in a broom closet since 1975, you've probably heard of it. It's big deal. The savage shark in JAWS will forever make me skeptical of dipping my toes in the ocean.
Honorable mentions: Sand Sharks, Bruce (Finding Nemo), Jabberjaw, Land Shark (okay, not a shark per se, but a tasty alcoholic beverage), the shark from The Shallows, and Ghost Sharks.
What are some of your favorite fictional sharks? 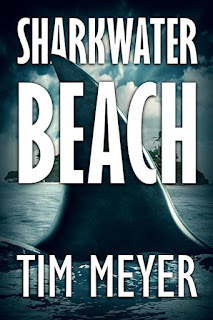 Sharkwater Beach, Synopsis
Print Length: 180 pages
Publication Date: May 13, 2017
Publisher: Severed Press
Beneath the warm waters of the Gulf of Mexico, the biggest predator on the planet hunts, craving the flesh and blood of every creature it can sink its teeth into. Detective Jill McCourty receives a phone call from her old college professor when a mangled body washes up on the shores of Sharkwater Beach. Together they must discover what stalks the waters around the private island and stop it before it reaches the mainland. But how do you stop something so enormous, something so unique that it may have existed in another time? Jill vows to make sure what happens at Sharkwater Beach, stays at Sharkwater Beach. 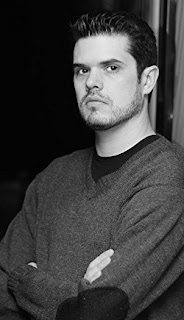 Tim Meyer, Biography
Tim Meyer dwells in a dark cave near the Jersey Shore. He’s an author, husband, father, podcast host, blogger, coffee connoisseur, beer enthusiast, and explorer of worlds. He writes horror, mysteries, science fiction, and thrillers, although he prefers to blur genres and let the stories fall where they may. Among other titles, he’s previously published the short story collection, Worlds Between My Teeth.