The Space Visitor by Norman Prentiss 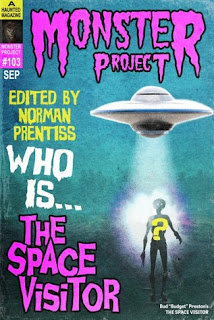 This short story is a fun read! Norman Prentiss has written a great story! Cory (the younger brother) is into comic books and space. He has a pamphlet titled "How to Contact Other Worlds." He wants to be the first to communicate with alien life, so he uses his dad's old radio transceiver in the garage. He thinks he is communicating with an alien, but it turns out to be his older brother's (Grady) friends down the street. Cory is tormented by his parents and his older brother. He tries to contact alien life again and he is successful. The ending is great!

There was never a dull moment in this story. It will keep you entertained, and it kind of reminded me of Stranger Things, but only because of the kid and the radio. The ending caught me by surprise.

I highly recommend this short story to fans of comics and horror!