Riding the Bullet by Stephen King 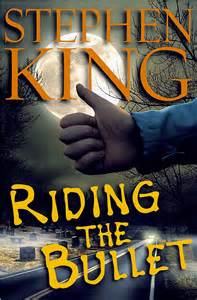 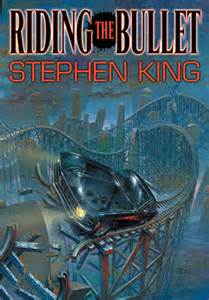 Riding the Bullet was written by Stephen King. It was eventually turned into a film by Mick Garris. Riding the Bullet is a horror novella about the dangers of hitchhiking. A young male college student hitchhikes to see his mother who is in the hospital after suffering a stroke. It's a story about an impossible choice.  It has an eerie graveyard. It also has a ghoulish spirit with a fast car that delivers a deadly ultimatum. This story will leave you self-reflecting long after you have read the novella.

Stephen King can tell a great story with very few words. This story was good, but it wasn't great. Don't get me wrong, I love fast cars, but I think this story could have used more. I enjoyed the characters, but there wasn't that much character depth. It was scary at times, but it was mainly a thriller. At times, it was heart pounding, and at other times it was flat. To say the least, I just expected more from the story. This story will definitely make you self-reflect long after you have read it.

I recommend this to fans of Stephen King, horror, and thrillers!