A Death by Stephen King 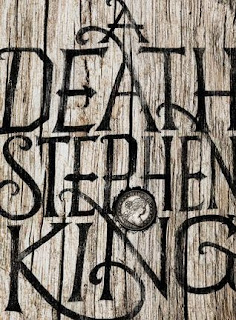 Stephen King is a huge western fan. You can tell this by the countless times he has praised the book Lonesome Dove by Larry McMurtry. A Death is Stephen King's take on the wild west. This is not horrific, but rather along the lines of The Green Mile and Shawshank Redemption. I have never been more wrong about a story in my life. I thought I had this story figured out from the beginning, but that ending shocked me. I didn't see it coming!

A Death is about a simpleton (village idiot) named Jim Trusdale who is arrested by the town sheriff and a posse. Jim Trusdale has misplaced his well-worn hat that he loves dearly. Unfortunately, his beloved hat is recovered near the dead body of a 10-year-old girl who had been robbed of her birthday silver dollar. It doesn't look good for Jim Trusdale. One man says, "You got bad luck all over...You're painted in it."

Stephen King does a great job of making the reader feel sorry for Jim Trusdale. This story is a quick read, so you should zoom right through it. However, this story will sit with you for a long time after. It will make you think about how you see people and characters and stories. This story is one intense ride, and that ending doesn't disappoint.

I highly recommend this short story to fans of Stephen King and horror!